Study Proves Case for Rezoning, Approved by Cobb County Board of Commissioners

Due to the density of Galleria 75, a mixed-use development consisting of office space, apartments, and retail space, it met the criteria of a Development of Regional Impact (DRI) per guidelines set forth by the Georgia Regional Transportation Authority (GRTA) and the Atlanta Regional Commission (ARC).

Croy completed the transportation analysis for the DRI for inclusion in the rezoning required for the site located on Cobb Galleria Parkway between Cumberland Boulevard and Akers Mill Road in Cobb County. The analysis included evaluating existing conditions, calculating trips generated from the new development, and quantifying the impact that it would have on the primary roadways and multi-modal facilities in the region.

A number of intersections within the approved study network were analyzed per existing, No Build, and Build traffic conditions. To mitigate any traffic concerns at study intersections for the No Build and Build conditions, traffic operation improvements were identified, including recommended revisions to existing signal timing plans.

Throughout the transportation analysis development, Croy coordinated and met with representatives from GRTA, ARC, Cobb County, Cumberland Community Improvement District (CID), and other stakeholders to identify and address concerns. The results of the transportation analysis were summarized in the final report for the DRI, including recommendations for improvements to the road network. The final report was reviewed and subsequently approved by GRTA and ARC. With traffic impacts quantified and addressed, the Galleria 75 property was approved for rezoning by the Cobb County Board of Commissioners. 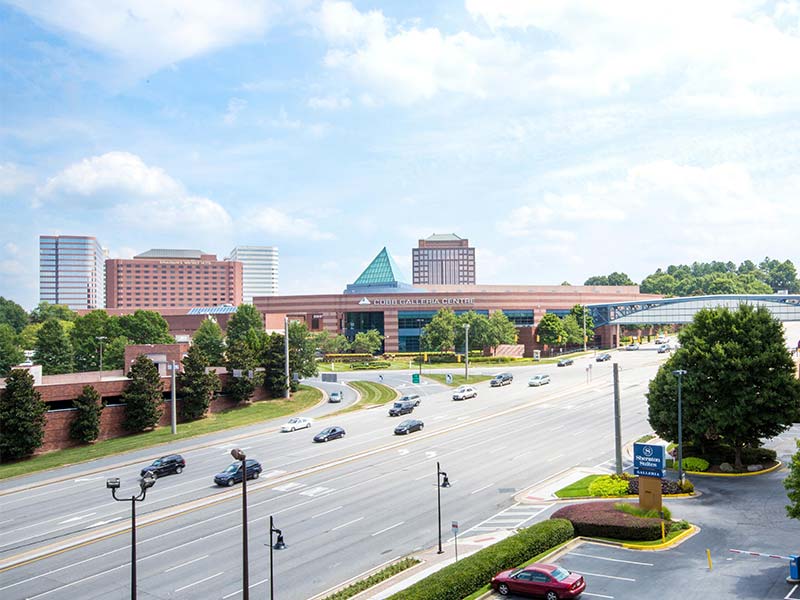