Croy was selected as the City of Kennesaw’s On-Call Engineer/Program Manager to assist with implementation of their 2011 and 2016 SPLOST programs. In this capacity, Croy has been assigned numerous tasks including roadway design, traffic study and analysis, plan review, right-of-way acquisition assistance, and construction management/inspection. A few notable projects include:

Dallas Street and Watts Drive Improvements and Roundabout
This project involved the reconstruction of a sub-standard Y-intersection to improve vehicular and pedestrian movements, including the installation of a roundabout, as well as improvements to both roads. Croy performed a complete survey database, traffic analysis, preliminary engineering, right-of-way plans, and final engineering. Right-of-way acquisition was fast-tracked to coincide with on-going development in the area scheduled to open. Croy then assisted the client with the bidding phase of the project, contract execution, and monitored the construction phase of the project, which included coordinating relocation efforts with numerous utilities, street closures and detour planning with city staff, quality assurance, quantity take-offs, and final punch-list items.

The corridor was designed using a “Complete Streets” philosophy, including sidewalk and shared-use trail on both sides of the roadway to accommodate pedestrians. A median on Watts Drive promotes traffic calming in conjunction with the new roundabout. On-street parking was also added to Dallas Street, with intersection improvements at the junction of Dallas and Main Street.

Cherokee Street Widening and Improvements
Croy provided the survey database, preliminary engineering, right-of-way plans, and final construction documents for the widening of Cherokee Street from two lanes to four. The corridor was also designed using a “Complete Streets” philosophy. This included replacing the current three-foot-wide sidewalk along the northwest side of Cherokee Street with a 10-foot-wide shared-use trail (which is a part of the Cobb County Greenways & Trails Masterplan) , as well as adding a 6-foot-wide sidewalk along the southeast side of the road. To accommodate the heavy volumes on the existing truck route, intersection improvements were made to Ben King Road, including signal upgrades, roadway realignments, improved radius, and a raised island. Significant right-of-way acquisition was necessary for the project, including numerous cost to cure efforts to assist property owners along the corridor.

Depot Park
Depot Park is located in historic downtown Kennesaw, Ga. and encompasses roughly 12.5 acres. Croy joined City of Kennesaw leaders to for the official ribbon cutting for the multi-phased park project in June 2021. Once fully complete, the park will include a meadow area with trails, a plaza intended to serve as an event space, and an amphitheater that is being designed to accommodate 4,400 attendees with a stage and elevated viewing structure. An interactive fountain and art are also planned to be a part of the experience. 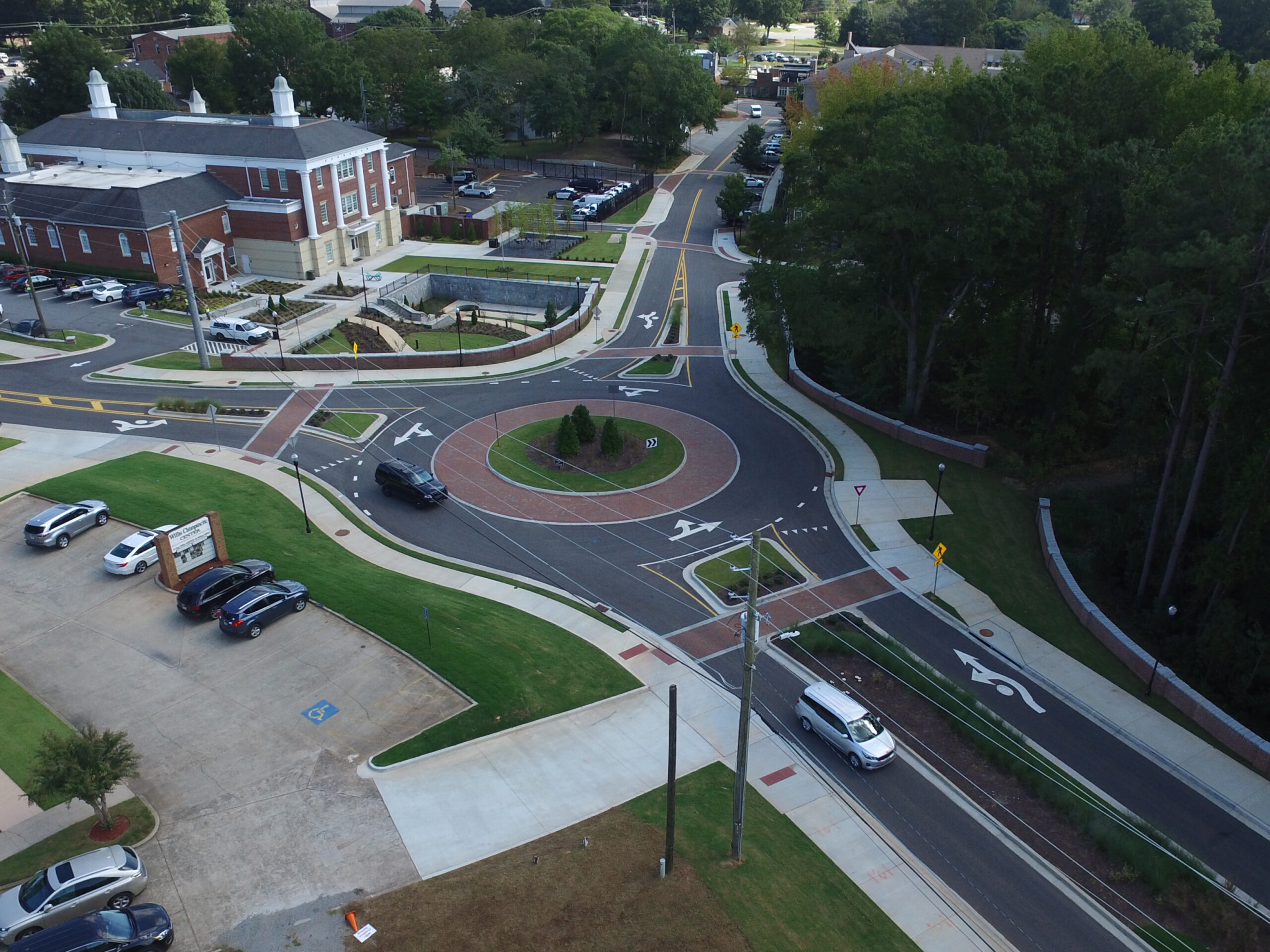 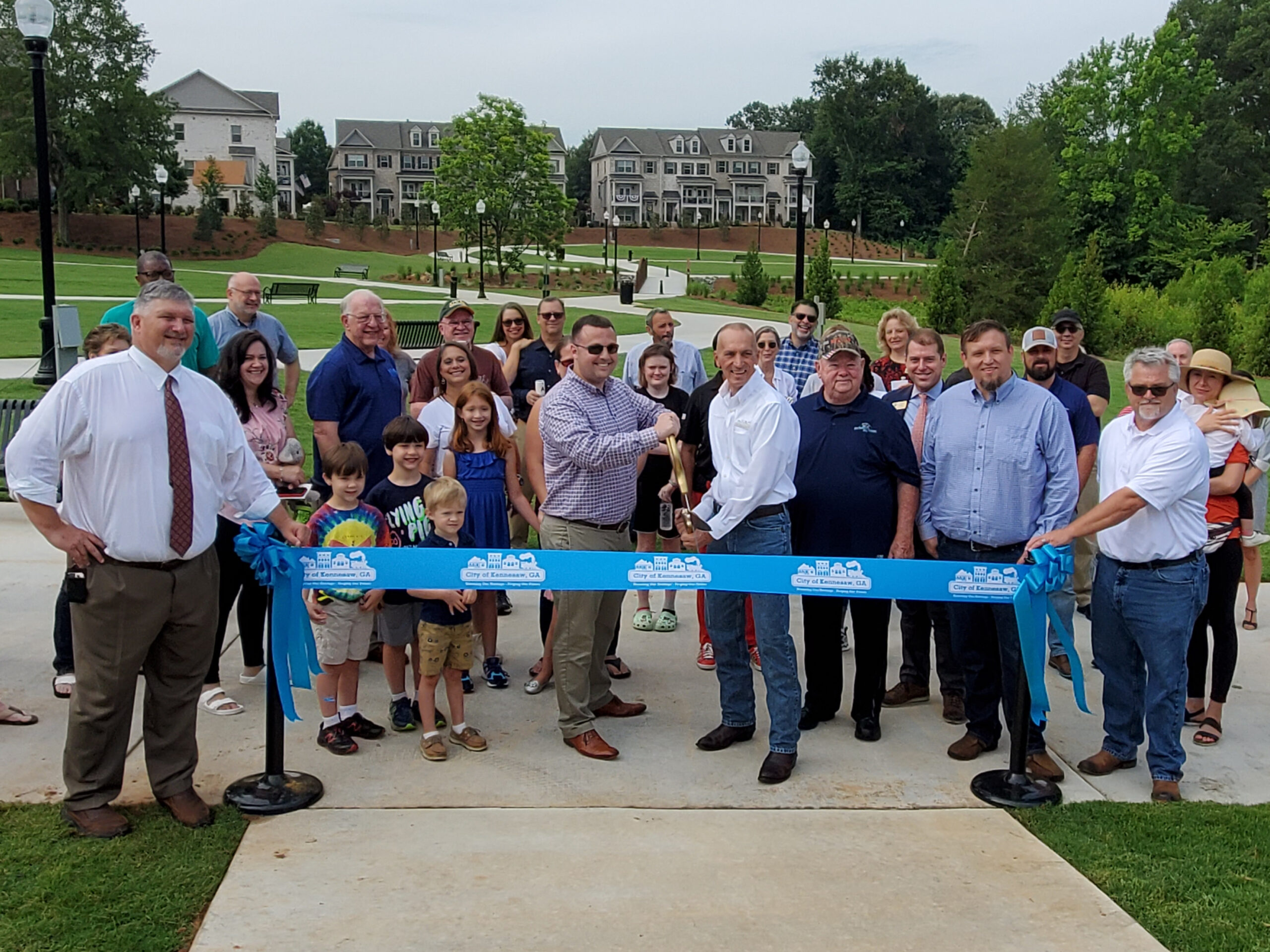